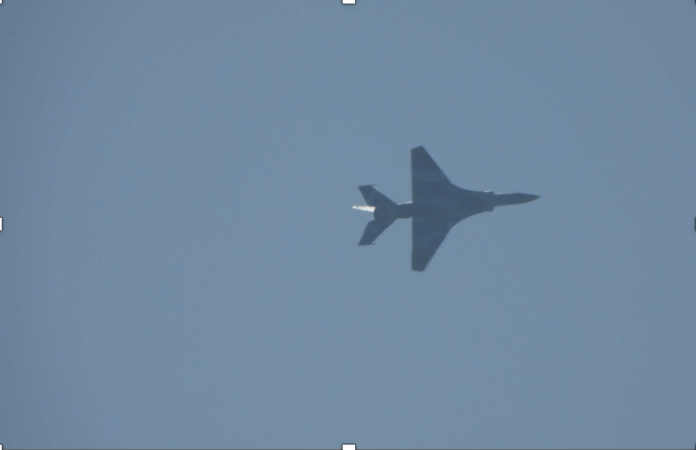 A MiG-29 helicopter from the military council flew over the headquarters of the Shan State Progressive Party/Shan State Army (SSPP/SSA) in Wanhai in Kyethi Township in Loilem District in Shan State at around 11.50 am on January 24, Lt-Col Sai Su, Spokesperson of the SSPP/SSA told the Shan News.

“Without prior notice, the helicopter flew over the headquarters twice. The first time is at a height of 500 meters and the second is at a height of over 300 meters. When we asked Nay Pyi Taw about it, no response was received,” Lt-Col Sai Su told the Shan News.

The SSPP questioned the military council’s National Solidarity and Peace-making Negotiation Committee (NSPNC) about that case. But no reply has been received from the NSPNC till now.

“Flying of the military helicopter without prior notice and clashes amounts to causing a threat and undermines the trust. It appears that the military council has no genuine desire for peace. The military shall suffer loss if our members shoot down that helicopter,” Lt-Col Sai Su said.

“We will shoot down the helicopter if it flies without prior notice. I would like to say that the military should not put blame on us if we shoot down a helicopter,” Lt-Col Sai Su told the Shan News.

After that incident in 2021, the SSPP/SSA held talks with military council leader Min Aung Hlaing and the NSPNC led by Lt-Gen Yar Pyae, at least two times.

“This is the right time for our Karen people. No need to trust nor listen to Military Council. Stepping forward in accord with NCA...

“According to its tenure, the election is the final step of the military council’s strategy to retain power. In my personal view, it is...

“We’ve taken out loyal supporters of the military dogs (military council members) as often as we’ve had the opportunity. As a PDF unit, we’ve...